Rising protectionist sentiment in the West and a dramatic decline in global trade since 2011 have led many to speculate that Asia’s era of export-led growth will end soon. This speculation is overdone. While the slowdown in trade does demand responses, Asia is well positioned to be a bulwark against protectionism. In fact, it can lead global trade in the years to come.

But, getting the responses right will require a clear understanding of the causes. Policy makers need to ask first what explains the export slowdown, and what this means for Asian economies. The story starts with the great recession in 2008, which left advanced countries stuck in low growth, low demand environments that have weighed heavily on Asia’s export-dominated economies. 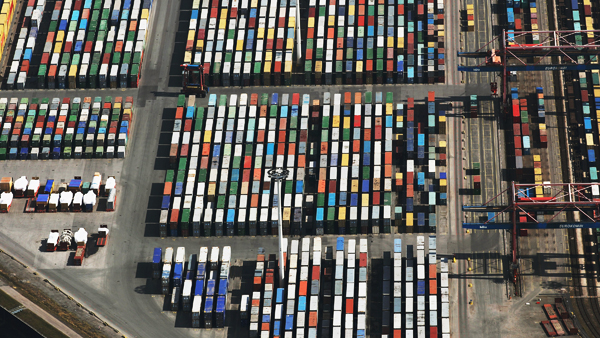 In recent years, the problems of developed world economies have become entangled with China’s structural transformation, which has meant slower growth for Asia’s largest economy. Two trends accompanying China’s structural transformation have implications for Asian trade. One is its shift away from an export and investment-driven growth model toward domestic consumption and services. The other is China’s moving up the global value chain as wages rise.

These trends have reduced demand for imports from the rest of Asia. Fueled by expanding middle class consumers, China continues to import consumables from across Asia. But, imports of capital goods and raw materials have declined. Accordingly, the annual average growth of China’s total imports from developing Asia fell from 18.2 per cent in 2001-2010 to 4.7 per cent in 2011-2015.

They have also reduced trade in parts and components, which contain higher value addition than simply assembling products. The ratio of China’s intermediate goods imports to manufactured exports fell from 63 per cent to about 38 per cent between 2000 and 2015.

The good news is that these factors are either temporary, such as weak import demand from advanced markets, or can be overcome through smart policymaking that takes advantage of the region’s strengths.

Here are three ways Asia can take the lead in global trade.

First, China’s economic rebalancing and moving up global value chains (GVCs) is opening up new trading opportunities for China itself. China’s production data confirm that the country is following the model of higher value added and building innovation capability seen first in Japan and subsequently in South Korea.

This implies the development of more technologically sophisticated regional value chains and related services in East Asia that can propel a new phase of regional and global trade growth. The spread of robotics, advances in miniaturisation, developments in internet connectivity, process-centered research and development, and various organisational innovations are increasingly likely to feature in GVCs in this new phase of trade growth.

Second, many developing economies are well positioned to benefit from China’s rebalancing. Bangladesh, India, Vietnam and other members of the Association of Southeast Asian Nations (Asean) face the prospect of replacing China in labor-intensive segments of GVCs, from clothing to consumer electronics. These Asian economies are increasingly open to export-oriented foreign direct investment and offer relatively low wages with reasonably good labor productivity.

Third, trade in services offers a new opportunity for many middle income countries in the region. Services constitute the largest sector in most economies in developing Asia, but they are rarely traded because of trade restrictions, skills gaps, and problems with internet connectivity.

Digital trade, professional and financial services, and GVC-related services are areas with potential for trade growth. Both China and India are likely to further expand their roles as exporters and importers of services. Asean and South Asian economies have opportunities to further develop tourism, including from markets in other regional economies, and other commercial services exports.

To capitalise on these opportunities, it is important that Asian countries continue to implement structural reform to upgrade skills, enhance finance for small and medium-sized enterprises, invest in seaports and other trade-related and digital infrastructure and reduce behind-the-border barriers such as cumbersome local government regulations and labor laws.

Policy makers should resist protectionist pressures. Instead, they should liberalize goods and services trade by reducing import tariffs where possible and instituting better surveillance of non-tariff measures. The World Trade Organization’s Trade Facilitation Agreement, which 19 economies in developing Asia have ratified to date, promises to reduce the region’s trade costs.

Large trade agreements such as the Regional Comprehensive Economic Partnership can help generate market access for services and spread good regulatory practices.Asia has benefited greatly from trade in recent years. It should continue to implement the kinds of policies that will make it the leader in global trade.